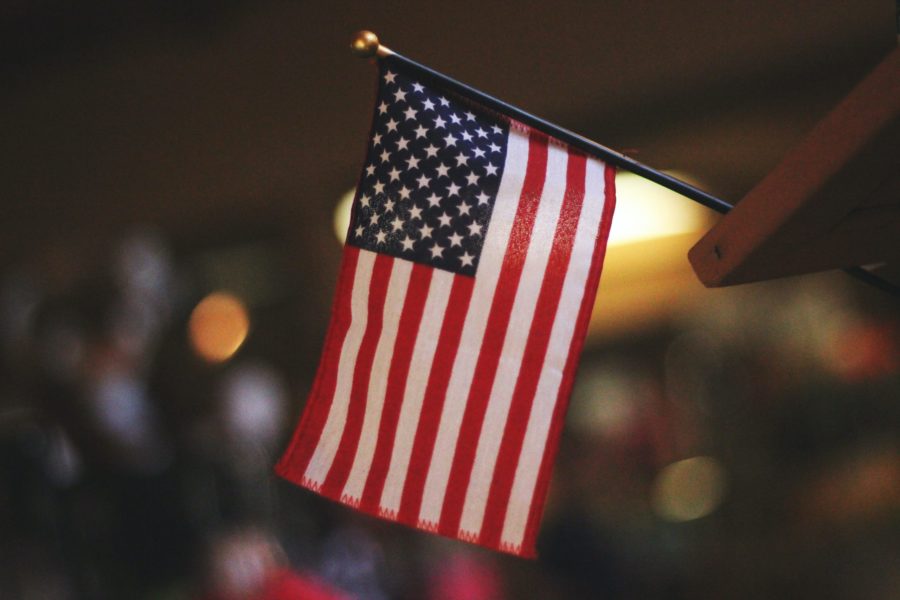 The United States, which is known for its groundbreaking innovation and research, is a popular choice among international students, coming in third place behind students interested in studying in Canada and the United Kingdom.

Every year, more than 1.1 million applicants (Institute of International Education [IIE]) travel to the United States to study for an advanced degree at one of the world’s most prestigious institutions.

See also: How to earn money while studying abroad

According to the SEVP’s “SEVIS by the Numbers” report, India is one of the greatest donors to the student population in the United States (251,290), second only to China (478,732).

Study in the United States vs. COVID-19

Despite the fact that the COVID-19 (coronavirus) pandemic ground the globe to a standstill and had a significant impact on the global economy, the enthusiasm and desire of international students seeking to study in the United States was unaffected.

According to a survey published by PIE News in April 2020, over 70% of Indian students still desire to pursue their education abroad. Only 1% of the total students decided to stay in India and begin their studies, while 9% of hopefuls chose to defer their enrolment.

According to a similar research released in June 2020 by Vigo Stacey, just 2% of all South Asian students were contemplating abandoning their plans to study abroad, with the remaining 90% wishing to continue higher education abroad.

The growing worries among candidates, on the other hand, represent a different narrative, which is illustrated in detail in the graph below.

Why should you study in the United States?

Choosing a nation to study in while living thousands of miles away from home is a dream for some and a long-term investment for others. Against this backdrop, the United States has long been a preferred destination for people from all over the world seeking higher education.

Let’s take a closer look at the benefits of studying in the United States to see why it’s so popular with students.

STEM OPT: The United States offers a variety of degrees that are ‘STEM eligible,’ allowing international students to stay in the country for an additional two years after completing their degrees to gain practical experience beyond the standard one-year allowance, while also working for a US-based organisation.

Flexible Education System: The credit transfer system in the United States of America provides for more flexibility in the educational system. Students at the undergraduate level are encouraged to investigate several fields and pick a major by the end of their second year. Offering a variety of traditional and non-traditional majors and minors, as well as the freedom to choose which, when, and how many classes to take each semester, creates a highly strengthening structure that lets each individual to grow and change according to their strengths and limitations.

A Wide Range of Courses: Over 2 million programmes are available through 4- and 2-year schools, including Bachelor’s and Master’s degrees, as well as Doctoral, Vocational, Associate, and Certificate programmes.
Research and Development: The United States leads the world in research and development. According to the National Science Foundation, universities spent about 22 billion dollars on research and innovation in 2015.

Prospects for Employment: After completing their degrees, 62 percent of international students find work in the United States. At the mid-career level, the typical pay range after a four-year degree in the United States is approximately 61,000 to 1, 20,700 USD.

Latest Scholarships in the USA

We regularly update our blog to include American Scholarships, Grants, and Fellowships for International Students. Check out our exclusive lists for scholarships in the USA.

How to Study in the United States: A 6-Step Guide

The following is a 6-step application method with before and after measurements.

Research your options: Because the United States is home to some of the world’s best and most prominent colleges, it is critical that you conduct comprehensive research into the elements that are most important to you before making this critical decision. Rankings, costs, prestige, and the availability of the programme of your choice, as well as the average acceptance rate and entrance standards of that organisation, are all considerations to consider.

Prepare your application: Start thinking about it months in advance, and keep track of what elements have the biggest impact on the institute’s admissions process. Work on your whole student profile, with letters of reference, personal essays, statements of purpose, and the interview process receiving special attention.

To study in the United States, look for standardised tests. International candidates must provide proof of English ability in the form of the IELTS/TOEFL or similar. Other tests, such as the GRE/GMAT or the SAT/ACT, may be required depending on the course and programme level you pick.

Apply for a visa: International students must have a valid visa to study in the United States. Once an applicant has received an offer of admission from the university as well as an I-20, the next step is to apply for a student visa at the nearest US Embassy or consulate.

Prepare to depart: once your visa has been accepted, pack your belongings, notify your university, and get ready to board a plane to your ideal location.

When to Study in the United States: The Application Process

For applicants who wish to study in the United States, universities follow a semester-by-semester application schedule. Admissions take place over the course of three semesters.

The semester begins in late August and concludes in late December or early January.
Several institutions only offer certain courses during the autumn semester.
The majority of scholarship and career possibilities are only accessible during this period.

The summer semester is the shortest of the academic year.
It lasts two months. Beginning in June and continuing through July.
This semester, special summer programmes are taught.

International Scholarships to Study in the United States with Financial Aid

When it comes to providing financial help to academically talented and worthy students in the United States, universities are extremely generous. The country offers a great match for any budget and background because there are so many alternatives to select from.

The merit and need-based scholarships offered to international students wishing to study in the United States are detailed below:

While the amount of need-based aid opportunities for international students may be restricted, there are several merit-based scholarships available for the world’s brightest to study in the United States.

Jobs after Studying in USA

While the COVID-19 pandemic has had a significant impact on the global economy, the United States appears to be doing pretty well overall. This is mirrored in the US Bureau of Labor Statistics’ most recent projections, which show that the US would gain almost 20.5 million new employment by the end of 2020.

This is a massive increase of 14.3% over the previous decade, indicating the arrival of significant potential in the country. While its unemployment rate peaked at almost 57.3 percent in November 2020 (US Bureau of Labor Statistics), it has been hovering between 6 and 7 percent for several months and has stayed fairly constant.

The United Kingdom is one of the most well-known study-abroad destinations in the world, attracting millions of international students from …
By the end of 2018, Canada had surpassed the United States as the most popular study abroad destination for international …
If you want to study in Australia, you need to know which universities are the best in the country. The …